Some people like to refer to this Fuckbook website as the Facebook of sex. I’m certainly not one to treat it as such, especially not after what I’ve recently gone through while testing the site. This is by far one of the worst online dating scams I’ve ever dealt with in my life. Seriously, it’s even worse than Snapsex, Mixxxer, or any other really horrible network you can think of.

Why is it so bad? Fear not, I’m spilling the beans down below, just keep reading to learn the ins and outs of it all. 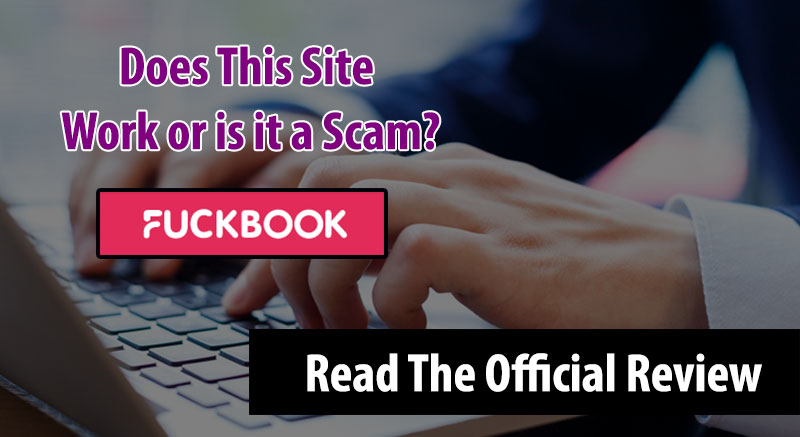 There’s one major problem with Fuck Book, and that happens to be that the entire site is just one terrible scam designed to get your money. If you look at the fine print, you’ll see that they don’t sell themselves as a casual hookup site. Instead, they sell themselves as an entertainment experience, which is never what you want to see if you’re hoping to actually meet up with anyone.

In order to keep themselves from getting shut down, they have to be pretty explicit about what they actually have to sell you. Which is nothing, except the illusion that you have something to gain by paying for your access. I hate to say it but that’s the damn truth folks.

It’s a very simple scam that takes a lot of people by surprise and that’s no mistake. The owners of Fuckbook know exactly what they’re doing because they’ve done it many times before. Hook up sites are very rarely independent; you can tell a lot about them by seeing the way that their sibling sites are run.

In the case of Fuckbook.com they belong to a large group that’s been well known as a scam for years, yet still somehow manages to stay open for business. Regardless of how many people already know what’s going on.

After you make your profile on Fuckbook.com, you’re going to immediately be inundated with message after message from people who want to talk to you. Unfortunately, you won’t be able to read or respond to the emails, and that’s done intentionally. All of the messages that you get are going to be fake and sent from chatbot programs that are trying to give you a reason to upgrade your profile.

If you get curious enough about what the people are saying, then you’ll be powerless to stop yourself. But once you do, the scam will be obvious. No one will ever respond to you again and you’ll have simply wasted all of your money. All you’ll have to show for your time and money is a site where so few people actually log on; you’ll never be able to set up that ever-elusive hook up with anyone.

Fuckbook Scams Everyone: Simple As That

Again, this is all done under the guise of selling you an entertainment experience. If Fuck Book tells you up front that they’re only here to sell you on the idea of a functional hook up site, then they’re free to do whatever they want to in order to make it happen. All that includes making fake profiles and sending you fake messages to get you to pay up. You’re being entertained by computer programs that want to make you believe you have an actual chance of getting together with someone. Even though it’s just never going to happen for anyone.

If you consider your monthly fee of nothing more than a movie ticket, then you’re on the right track to understanding exactly how Fuckbook operates. The fake profiles are the entertainment, and they’re sending you exactly what they promised to after you agreed to the terms of service. It’s all a giant scam and it’s all, unfortunately, totally legal for them to do.

No, just because it’s a huge scam doesn’t mean that you should partake in the fraudulent activity. Don’t waste time, energy, or effort using this site. Instead, keep cranking with my favorite site and if you’re not using it already, then read this and join pronto.