Doing what I do best, I ended up giving another dating app a shot. The app that I recently tried was called Happn and it was quite an experience. This is a dating app that started in France, quickly swept through the rest of Europe and eventually made it to the United States. It’s considered to be a big contender in the space. Kind of like the Connor McGregor of mobile relationship building apps. Although I’m a big fan of McGregor, I can’t say that I’m as big of a fan of Happn. However, don’t make any serious judgments about the app just yet. Instead, have a look below and find out how my personal experience went. 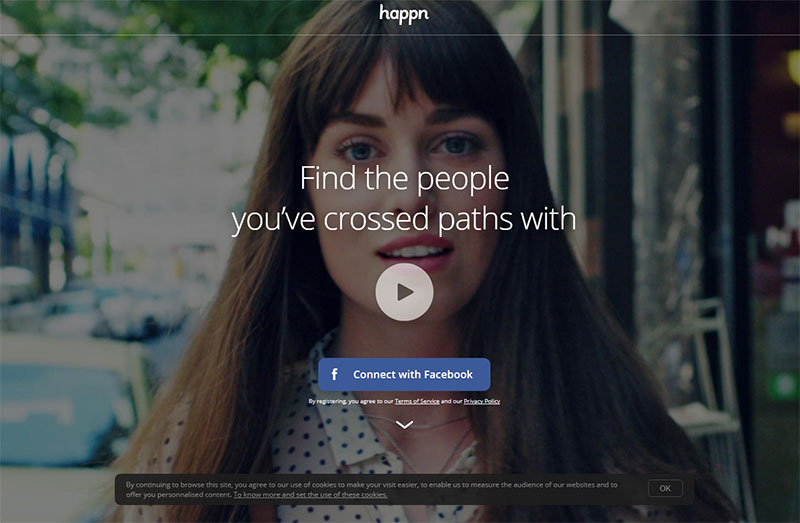 Does Happn Work For Casual Dating? Here’s My Review…

Before I come right out and explain what this service is all about, I might as well tell you a short story of how I came across it. I was hanging with some buddies at the local bar and one of them had the app open on their smartphones. I was curious so I started snooping to see what he was doing. Basically, he was able to determine that a bunch of potential connections were right in his pathway at one point or another. That’s when I knew I needed to dive into this app.

Let me tell you how it works. So Happn has been around since 2014 and over the last few years, they were able to help people connect with those they’ve crossed paths with. Basically, it’s a network of people looking to date. When one of the users within the network crosses your path, you’re shown that user and can decide if you want to connect with them.

It should go without saying that we go through literally thousands of missed connections over our lifetime and that’s just a part of life. The app promotes itself as being known for connecting users crossing paths, but the truth is that most dating apps using geolocation technology have this capability. However, they simply market it in a completely different manner.

Setting Up A Profile

One thing I didn’t like about Happn was that it requires a Facebook account. Sure, many other sites like Tinder, Bumble, and others require just the same but that still rubs me the wrong way. When I want to meet someone locally to bang and be gone, I don’t want them knowing my Facebook information.

For having such a huge network, it took way too long to connect with people to start messaging conversations. Lots of people using this app seem to be more interested in seeing who’s single and who’s not that they’ve crossed paths with.

I basically wasn’t able to get anywhere with this app in terms of real meetups. Sure, I did message some girls but most of them didn’t want to meet in person. This was a huge red flag and I could tell that it already wasn’t going to meet the standards of the best dating app I use.

The problem here may be that you come across so many people on a daily basis that the work involved is simply too much for not enough booty. The users are tire kickers looking to simply look around and not take action. I can’t stand lazy users so that bothered me a lot.

What About The Premium Service?

The Happn app is free to use but they also offer an upgrade option which can cost anywhere between $2.00 and $25.00. With this, you get coins and charms that give you access to do additional things. Truth be told, the free version of the app totally sucks as it’s not enough to lead to anywhere.

After giving the Happn app a try, it just wasn’t in the cards for me. Reason being, it didn’t get me laid. I hate to say it but it just did not work for me. Crossing paths with people is great. Knowing who you crossed with does help, but if it doesn’t get me laid, then I don’t give a shit.

Flirty9 Review: Is It Legit?

SDC.com Review: Is Swingers Date Club Worth It?