Ever been on a casual date with someone local and you haven’t been able to determine if they want you or not? Some have had this issue. Thankfully, I haven’t had to deal with this ever, but I’ve helped friends make better decisions and what not so hopefully these pointers will help you cut down on wasting time and determine if your partner really wants to hook up or if they are just playing you. 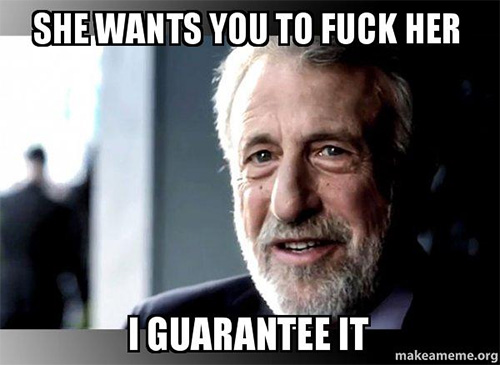 5 Way To Tell If Your Casual Date Wants The D!

I know, I know. It sounds like rocket science and I probably sound like an asshole when I say this, but it’s true. Sometimes showing up is half the battle and so long as they do this then you’re in luck!

Do They Say It

If your date says they want to fuck. Well, then they want to probably do it! I’d say if someone expresses this to you then you’re likely going to get laid in the very near future.

Some people show up to casual sex dates in a social gathering type of way with a group of people. If your date shows up solo, there’s a better chance for you of actually hooking up with them.

They Do Shots and Start Partying

If your casual date begins heading down the partying road, it’s a great sign for you and I’m happy to say that they probably want to get a buzz on to loosen up and have sex with you. It sounds stereotypical of me to say that but people that party like to bang. Simple as that.

They Meet Over The Weekend

Weekends are saved for those you care about or those you care to have sex with. If you’re in a position to go on a date with someone over the weekend and they’ve made time for you then you’re in luck because they might wanna f**k! LOL