Oh, today’s update is one for all those guys that love taking snapshots of their johnson aka willy, ding dong, root and whatever else you want to call it. One of the sometimes-disturbing trends that have risen out of modern technology is dick pics.

Texting has become our preferred way of communicating. We can easily and instantly send messages, pictures, and even video. I send each of those daily, especially when I’m logged into my Uberhorny app. The spike in text messaging aka sexting has prompted a lot of guys to cut to the chase, so to speak, and send a pic of their dick.

Many guys abuse the dick pic trend and either take them wrong or they send them to women who don’t want them. It frequently is ineffective and downright disastrous when done wrong. However, you can still be successful at it if you do it properly. 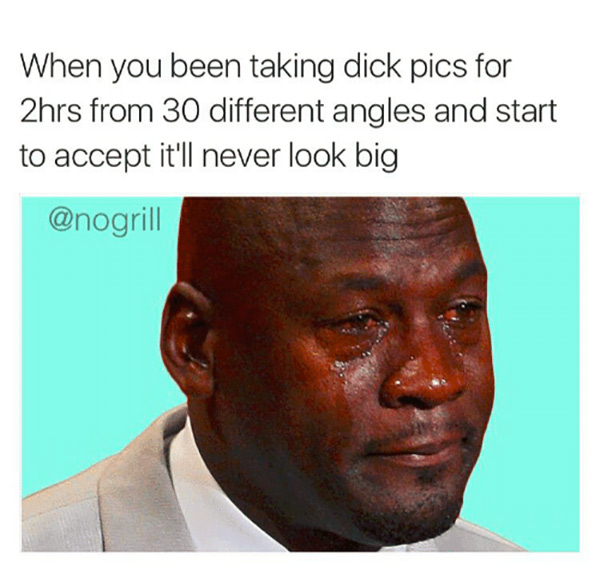 How To Take A Dick Pic That Will Turn Her On

Now, I’m no expert photographer but I’ve gotten some nice feedback from many girls that I’ve shared my “jimmy” with via photo. Many of them wanted more than an image and they got what they deserved.

I’ll start by helping correct what you might be doing wrong first. Once I cover that, I’ll then go into what you should be doing. You’ll soon be a semi-pro dick pic photographer!

But first, you must first learn what not to do. Then you will better understand the right thing to do to turn a girl on with a penis pic.

Here’s What You Absolutely Must Refrain From Doing

Do not try to get too creative or complicated. She probably does not want to see an art piece with your dick as a focal point. If it looks like you spent too much time on it, you will look pretty lame.

Do not take a pic so close that your dick fills the frame. No one wants to receive a picture of a huge blob of skin and hair. Zoom out a little bit and make it look attractive. Unless it’s ugly as ever in which case you shouldn’t take it at all.

Here’s What You Should Do

Leave your hands in the shot. This is the best way to show scale without looking desperate. Either hold your dick with your hand or leave it hovering somewhere in the shot.

Make sure the pic has decent lighting and background. It’s a struggle to take an attractive dick pic as it is. Make sure you have proper lighting to show skin color and a background free of clutter.

Zoom out so you can see more than just your dick. Include some of the rest of your body in your dick pic. Your dick simply does not look as good in a picture otherwise.

Make sure the timing is right. Send the dick pic when you and the girl are feeling playful and flirty and it should probably follow a particularly flirty conversation with dirty talk.