I’ve recently come to the conclusion that I when initially writing this post, I didn’t answer the question well enough that many people ask me. You know, they standard “What do women want?” question that is thrown around all the time. That said, I’ve decided to update this blog post and provide even more value to you than I already have below. If you’re struggling to determine what women want in bed or even in general from a dating perspective, then I strongly suggest you read this updated blog post.

If you’re using an online dating site, then there’s a chance that you’ve come across women that may seem to be a bit reserved. It’s not uncommon for women to want something but just keep their thoughts to themselves. I’m going to share a few things I’ve learned from dating many women over the years. No one should take offense to this post. I’m not saying that all women want these things. I’m just saying that some I know for a fact do, but they just prefer not to say it.

Top Ten List: What Do Women Want (But Often Don’t Tell You)

Here are a few things that women most often want but don’t want to say it.

You To Sext Them
Most women aren’t going to say to you that they want you to sext them. The reason most won’t say it is because they fear they are going to be rejected or laughed at if the guy denies them that.

To Be Asked Out
They want to be asked out by guys but will never say that they want that. It’s a cat and mouse game that most women refuse to stop playing. If they show their cards and straight up tell you what they want, then it takes the fun out of it.

To Be Told They Are Hot
Unless a woman is really pissed off or is totally straight forward, she’s not going to come out and tell you to say that she’s hot. You may find some hint in her dating profile but that’s about it. Don’t be afraid to tell a girl that she’s hot.

Be Told That You Like Being With Them
Women love hearing guys tell them that they like spending time with them. So long as you’re saying it in a nice way and not an overpowering manner. Coming on strong can reduce your chances of getting laid in a big way. However, they love being told that you like being with them or that they are fun to hang out with. Just don’t sound like too much of a pussy here or it will turn her off. Remember, you’re not using eHarmony to get married. You’re using Uberhorny to get laid!

They Want Excitement
What do women want more than sex in the bedroom? They want adventure and lots of it! Most women are very timid when it comes to being wild or adventurous. They often hold back in an attempt to not look too wild. They do this because they want men to think they are sweet and kind but deep down they are fucking wild! I promise that most women want a guy that’s willing to show them a wild ride in and out of the bedroom.

They Want Rough Sex
Show me a woman that hates rough sex and I’ll convince her otherwise! What do women want more than typically slow love-making? They want to get their pussies pounded hard as fuck! I’m talking sweat dripping, grabbing, tossing, downright rough as fuck sex. Any woman that says she doesn’t enjoy it or hasn’t enjoyed it obviously isn’t living life to the fullest. Either that or she’s lying to you!

Well, when someone asks you the infamous question, “What do women want” you can now sit them down at the bar and tell them a few things. In fact, brag that you know things that women want but don’t say. I also suggest you spend time working on talking to some girls and giving one or two of them what they want! 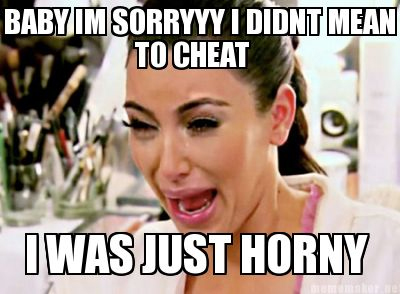 1) Don’t Wait For An Invitation

Most women like a man in control. When you’re with a girl, be sure to act confident and somewhat assertive. That doesn’t mean act like an order giving douchebag. It means, be confident and make her feel safe and that you’ve got things all in control. That’s what most women are looking for with regards to finding a man.

Girls love it when a guy acts playful or teases them. I’m sure you know what I’m talking about if you’ve ever her a girl giggle and say, “hey, stop that!” This is typically not a call for you to stop but a reaction they give because they enjoy the teasing and playfulness. Don’t go too heavy on this though. If you’re constantly making fun, teasing or probing it can certainly backfire. Remember that women are sensitive and there’s a fine line you don’t want to cross because if you do, you definitely won’t get laid.

The truth to the matter is, you’re dating so that YOU can get laid. But you can’t let her know that. Instead, you’ve got to make her feel like she’s number one. What I mean by that is, you’ve got to focus on keeping her happy, comfortable and satisfied. If you’re out with a girl, make sure you’re focusing on her happiness and what she wants versus yourself. If you’re at her house or yours, make sure you ask what she wants and likes in all aspects of life. That goes for in the bedroom too.